where does the name for the website come from?

from the movie: hackers from the 90s.
the actor did a pretty good job back then.
he was acting together with Angelina Jolie and
Crash Override like the following clip shows (at 2:44)

has been the original username he started to use
cause he don't wanted to get caught again
by his original hacker name that was called: "Zero Cool"

additional fact: he was around 10 years in the movie
when he was able to hack to get 1507 Systems crashed
including wall street trading systems
causing a 7 point drop in the new york stock market
with the judge in the movie puting a 45k$ fine
as punishment on the incident and him not able to touch any computer since the age of 18
what if we look at his young age and tech side
was quite an amazing thing to accomplish.
writing such a virus infiltrating that much systems
getting them to shut down...

i should be around 14 when i came across
this movie for the first time in free TV
saw it, fell in love sooner later my nickname was born.
i also did stick to it since today.
i am 36 right now and this movie had been
the main trigger for getting deeper and deeper into
the world of computers since that young age.
if you would want to hack into a server like shown in the movie.
it won't be that easy anymore
today its a lot about cryptography and such company servers can only be accessed through ssh right signature linkings. ssh itself stands for secure shell

back in the 90s a normal shell connection
not even cryptographically secured would have gave you
access into practically everywhere.
a bit of brute forcing passwords and your in.
on the other hands doing this with code took a while
cause the hardware was not that high developed as today
if the passwords where not just:
sex, god and love like a lot of people used that time
without even thinking much into it.
but ok hackers with such caliber shown were a rare breed as well.
so we can assume it was balancing itself

What can i expect to find behind the login area?

to be honest: at the given stage of the website build
the login is unfortunately still not working.
but the cool part: there won't be much difference
when a login would be working but typed into wrong
ok i could proceed this part with adding a better page
to direct to for failed logins. so we got the first TODO: here
besides of this. i have no clue what i will put behind that barrier.
maybe some amazing hacking experiences, like..nope still no clue
where was we? oh yes: xperiences, that i can build up in the future
for people that wanna hack the website and learning how it works?
giving them a bit of a rewards for accomplishing hacking tasks?
at least i got into some good ideas now for its start ;)
but the whole thing is not meant to hold much things onto it.
i wanna keep it stupid simple (KISS principle don't look at me
i did not invent that principle that is for sure..)
i guess the best solution for the whole website project would be
using the coding area for education
and the login area for letting the outside user try
to hack the page based on what he learned from the coding area
another idea that just hit me would be starting with 90s
as the first so to say theme era for difficulty
in that case: 2nd TODO: build 90s era coding enivironment
with javascript and python. oh crap!
they did not had python back in the days..
you see this is how a website gets build through time.
just follow the first steps and find ways in manifest them on the outside. or in this case on the virtual page here.
an important lesson for future hacking people.
learning to focus on doing the next step and not before not ready!

what you liked the movie too? well here are some fun facts Did i forgot something? *thinks*.. oh right: 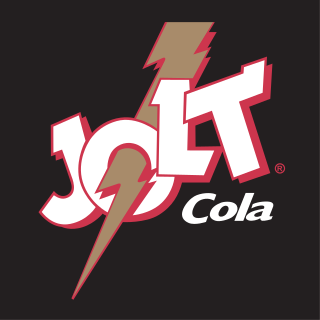